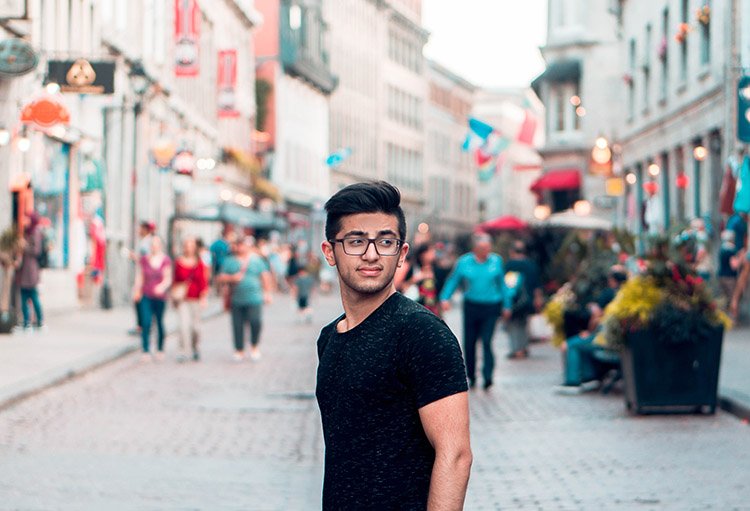 If you’ve used stick and spray deodorant for the majority of your life, then you might not know what roll on deodorant is. The container looks similar to any other stick of deodorant, but when you unscrew the cap, the first thing you’ll notice is something that looks like a ball joint covered in liquid or cream. Roll that bad boy into your armpit – hence, “roll on” deodorant.

Types Of Roll On Deodorant

Just like solid deodorants, roll on deodorants come with optionality. For breaking into the world of roll ons, I recommend something liquid and unscented. Those tend to be more palatable for guys who have only ever used solid deodorants. But there are plenty of other options to explore:

You can also find roll on deodorants specifically designed for sensitive skin, options that use all-natural ingredients, and more.

Benefits Of Roll On Deodorant

The number one benefit of roll on deodorant is that it’s less likely to stain your clothing and leave behind those white streaky marks. It drys clear (whether you buy liquid, cream, or dry), so even if it wipes off on your shirt, you won’t see any visible marks.

It’s also easier to apply than spray deodorant, since you have more control over how much you roll into your pits.

Personally, I also like the texture after it dries. Solid deodorants leave that filmy layer in your pits, but you can’t feel most roll ons after they’ve dried on your skin.

Disadvantages Of Roll On Deodorant

The biggest disadvantage of roll on deodorant is the chance of it leaking or exploding. If you don’t screw on the cap properly, you can lose a lot of product due to leakage. If you travel with it through altitude changes, the liquid or creme can build up on top and burst in your hands when you open it.

So it’s not a great travel deodorant. It needs to stay in your bathroom.

Most roll on deodorants also take at least two to three minutes to dry, even if they market themselves as “fast drying.” You’ll have to plan ahead to spend some time shirtless, allowing it to dry.

Is It Safe To Use Roll On Deodorant?

Roll on deodorants contain similar ingredients to other deodorants. You can find commercial or all-natural options. There are brands specifically designed for sensitive skin, and others that aren’t.

In that sense, roll on deodorant is just as safe as any other deodorant. If you’re worried about the safety of deodorants overall, then you should start looking into aluminum- and alcohol-free options, or all-natural products.

If you have kiddos running around your house, the only safety issues you need to worry about are those ankle biters making a mess with your roll on deodorant, or trying to consume it. But that’s always a concern with any hygiene product when children are involved. Call poison control if they do manage to get their mouths on your roll.

How To Use Roll On Deodorant

Roll on deodorants work best if you apply them in the morning right after showering. Your freshly cleaned skin will soak up all the product nicely, and if you apply it in the bathroom and leave your shirt off for a few minutes, that’ll give it enough time to fully dry.

Aside from that, you apply it just like gel and solid deodorant. Uncap it, and swipe it a few times in each pit. That ball joint on top of the deodorant rolls nicely against the skin, creating less friction.

Is Roll On Deodorant Better Than Stick Deodorant?

Each of the following sections boils down to a matter of personal choice, but I can point you in the right direction in your roll on deodorant versus all else debate. We’ll use a rubric to declare a winner in a few different categories:

By our rubric, solid deodorant takes the win. But some categories matter more depending on your individual needs, so make your choice based on what’s important for your lifestyle. If you’d like the full breakdown, visit roll on deodorant vs stick deodorant.

Is Roll On Deodorant Better Than Spray Deodorant?

Time to break out the rubric:

Our rubric gives spray a slight edge, but I would give extra weight to that “bottle has a long lifespan” category. Most guys tend to over- or under-apply spray, so it’s not as user friendly as roll on. Take that into account while you’re buying. Visit roll on deodorant vs spray deodorant for a more detailed breakdown.

Is Roll On Deodorant Better Than Gel Deodorant?

I’m not going to bother with the rubric for roll on and gel deodorant because it’s going to be a complete and utter tie. Roll on and gels have more similarities than differences.

Gel deodorants are packaged like solid sticks, the only difference being that when you twist the bottom, a little bit of gel is dispensed through the mesh top. When you rub it against your pits, you’ll feel the friction from the plastic top, and that’s my one complaint about gel, perhaps giving roll on a slight edge.