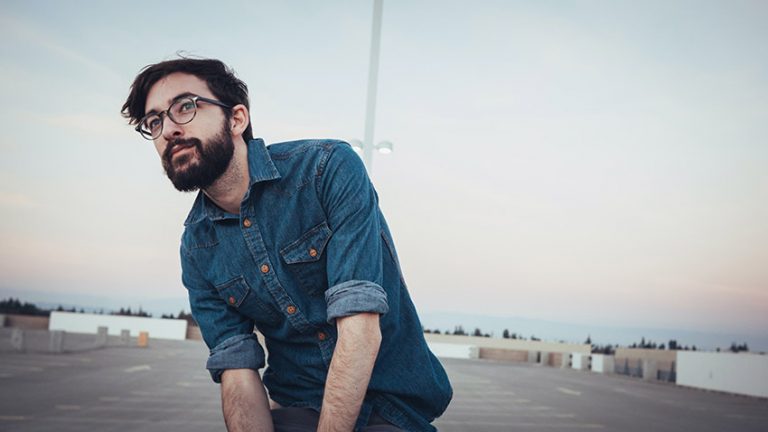 Roll On vs Spray Deodorant: Which Is Best For Men?

Think of roll on vs spray deodorant like stealth mode versus peacocking. Sometimes you want a very subtle smell (more “clean” than “scented”) that you can apply quietly and quickly. That’s where roll on deodorant comes in. Spray deodorants pull you out of your shell; people will hear you applying it, and they’ll smell it on you.

Both earn high praise for not leaving pit stains, offering great odor protection, and coming with a variety of ingredient options, both commercial and all-natural. The one that’s right for you comes down to whether you feel like blending in for the time being, or want people to smell you coming.

On the outside, roll on deodorant looks almost exactly like solid stick deodorant, just slightly misshapen. Pop the cap and you’ll see a ball joint resting on top. This ball picks up the liquid deodorant inside the tube when you roll it along your pits. Roll on deodorant is clear, and it goes on invisibly, so it won’t stain your shirts like some solid deodorants.

When you first apply it to your pits, it might feel wet or oily, but it dries relatively quickly. The best time to put it on is right after you’ve gotten out of the shower. That way your skin can fully soak it up, and it’ll have time to dry before you put on your shirt. If you don’t take your showers in the morning, then it’ll be a little bit harder to work a roll on deodorant into your morning routine.

Is Roll On Deodorant Bad Or Good?

I’ll admit, I’m biased here. Roll on deodorant is a great option. It saves you from deodorant pit stains, has a nice texture after it has dried, and offers all the scent coverage you need.

For me, the drying time is no big deal. But I know other guys might not agree with me there. Some other pros and cons you might like to consider:

• Roll on deodorant is easier to apply than spray or gel. You’re less likely to waste product.

• Some guys like to think of roll on deodorant as the perfect child of solid stick deodorant and spray/gel deodorant. It doesn’t stain your clothes, and it’s easy to travel with since it’s compact and won’t melt.

• You shouldn’t be able to feel a roll on deodorant after it has dried. So if you’re sensitive to textures, it’s a good option.

• This isn’t too common, but if you get a poorly designed stick of roll on deodorant, it might leak.

• It’s a liquid deodorant, so if you’ve only used solids or sprays before, you’ll have to get used to the texture and the idea of letting it dry in your pits.

• It won’t be fun or easy to apply it in the morning if you take your showers at night. It feels and works best when applied right after your shower.

What Is Spray Deodorant?

Spray deodorant comes in an aerosol can. (Unless you buy all-natural, then you’ll probably get something in a squirt bottle.)  It’s still meant to be applied to your pits, since that’s where you need the most odor protection, but you can also apply it to other body parts. I usually recommend the three squirt rule: one squirt for each of your pits, and an extra if you feel like you need more protection.

Just be careful; spray deodorant is a delicate science. Too little and it won’t block your sweat properly. Too much and it’ll smell overwhelming, or like your trying to cover up a bad smell.

Is Spray Deodorant Bad Or Good?

It’s a mixed bag for me. Spray deodorant is great if you can hit the sweet spot, applying the perfect amount. For guys who tend to over- or under-apply (especially teenagers) it’s not the best deodorant. There’s also no shame in admitting that you have a heavy hand on the spray nozzle; it just means a stick or roll on deodorant might be your safer bet.

Some other factors to consider:

• You can apply a spray deodorant to more than just your pits.

• Spray deodorant doesn’t leave behind marks on your clothing like solid deodorant, and it also doesn’t need to dry like liquid and gel deodorants. So it’s quick and low maintenance.

• Spray deodorant can double as cologne in a pinch (not a super nice date night cologne, but a sufficient enough alternative if you don’t have a proper cologne near you).

• Spray deodorant is an iffy traveler. It’s not very polite to apply sprays in a bathroom or locker room where everyone else is going to smell it for hours to come. You can’t get it through TSA.

• Aerosol gasses and cans still aren’t environmentally friendly, even though they’ve “gotten better” over the years.

• It’s really easy to apply too much spray deodorant on accident.

The Final Verdict: Roll On vs Spray Deodorant

If I were to hand out the award between roll on vs spray deodorant, it would be an extremely close call. They’re both great, but spray deodorants fit better with my personal lifestyle.

I like that the stealth mode qualities of roll on deodorant allow me to mix it up in the cologne department. Even if you get a scented roll on, it’s unlikely to be strong enough to waft a manly musk. That allows your soap, aftershave, or cologne to take center stage.

But spray deodorants don’t take up that extra drying time, and they’re often decent for sensitive skin, since you won’t feel any texture whatsoever against your pits.