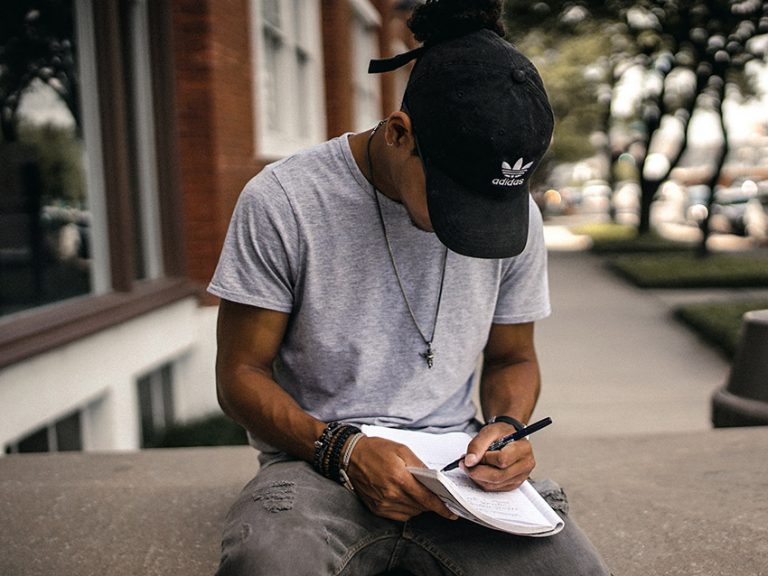 Roll On Deodorant vs Stick Deodorant: Which Is Best For Men?

Do you think of yourself as easygoing, rolling along with life, or fiery, fast, and someone who sticks to his guns? The answer to that question might help you settle your roll on deodorant vs stick deodorant debate.

Roll on takes some patience. It’s gentle but effective. Solid stick deodorant is made for life on-the-go with fast odor protection. Neither is a bad option, but the best one for you depends on your lifestyle.

Don’t worry, it’s nothing like a paint roller. Roll on deodorant comes in a tube that looks a lot like any other stick of deodorant. The real difference is that, when you uncap it, you’ll notice something that looks like the sphere of a ball joint on top. That ball picks up and applies the liquid inside the tube when you rub it on your pits.

Roll on deodorant is a little bit of an underdog in the US compared to sprays and stick deodorants, but it’s lack of popularity does not mean it’s bad. On the contrary, lots of people enjoy how invisible it feels once you’ve let it dry.

Is Roll On Deodorant Bad Or Good?

Personally, I like the texture and feeling of a roll on deodorant. It’s not everyone’s cup of tea, but the ball motion produces less friction against your pits, and the liquid feels refreshing.

Before you rush to the store though, here are some things to consider:

• If you apply it right when you step out of the shower, roll on deodorant will soak nicely against your skin, offering complete protection with a nicer texture.

• Just like stick deodorants, they’re compact, you have more control over how much product you use, and the scent lasts all day.

• Roll on deodorant comes with the small risk that it’ll leak if the bottle isn’t designed well.

• You have to let roll-on deodorants dry. So if you’re rushing late for work, it’s not going to help you out by being speedy.

• I wouldn’t say roll on deodorant is easy to travel with. You’ll need a bottle under 3.4 ounces if you want to get by TSA. You’ll need to put it in a bag to prevent altitude change leaks.

What Is Stick Deodorant?

By technicality, “stick” deodorant includes roll-on, gel, and solid deodorants (after all, all of them come packaged as sticks.) But most often people are talking about solid deodorants when they say “stick.”

Solid (stick) deodorants are compressed and powdery. In the U.S, they’re the “default” deodorant option you’ll find. For future reference, while I’ll talk about all types of deodorants, I really recommend you stick to natural stick deodorants.

Is Stick Deodorant Bad Or Good?

When it comes to roll on deodorant vs stick deodorant… stick deodorant is my favorite. If you’ve used solid deodorant your whole life, the texture of any other deodorant will feel weird at first, and the “goes on invisible” aspect of roll-ons, sprays, and gels will make it seem like they’re not giving you complete odor protection. Rest assured though, that is not the case.

Other things to consider:

• Solid stick deodorant is the most intuitive deodorant to use. It’s unlikely that you’ll use too much or run out of the product quickly. It also lasts forever, in terms of daily use and lifespan.

• It’s especially convenient to travel with. No need to worry about leaking or melting.

• Lots of guys swear that solid stick deodorant provides better protection because it feels hardier when you’re applying it.

• Solid stick deodorant will sometimes leave stains and marks on your clothing.

The Final Verdict: Roll On Deodorant vs Stick Deodorant

The two are highly comparable. If you ask me, it really boils down to whether you have the patience and time to let a roll on deodorant dry. Otherwise, you’ll want a solid stick deodorant to keep up with your busy schedule.

My favorite part of roll on deodorants is the fact that it offers all the same protection as solid stick, but doesn’t stain your shirts. That’s a big money saver, especially if you’re constantly throwing out pit-stained button downs or black t-shirts.

But…at the same time, I know there are plenty of you who are “on the grind” from the second you wake up (me included). You don’t have time to stand around airing out your pits for 60 to 120 seconds. And solid just lasts longer, which saves you trips to the store.