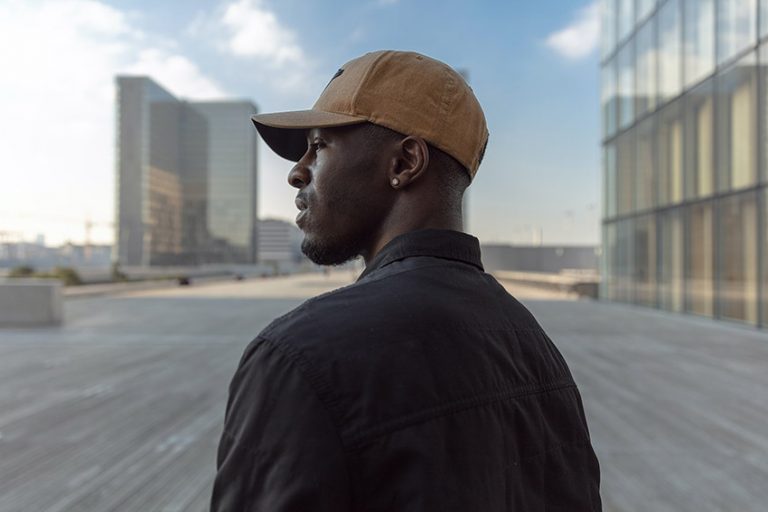 Not just any moisturizer will do when it comes to taking care of black skin. The best lotion for black men promises hydration, damage restoration, and anti-ashiness that other skin care products just can’t offer.

SheaMoisture is a brand made by black entrepreneurs and made for black skin, so it’s easily one of the top best lotion for black men, especially in the moisturizing department.

By far, the best thing about this lotion is the shea butter. Not every company knows what they’re doing with shea butter; they get squeamish over how thick it is and try to thin it down, or they don’t know what other ingredients “go” with shea butter. But, true to their name, SheaMoisture does shea butter justice every time.

The lotion is thick but easy to apply, and it has a nice creamy texture that dries quickly. It stands the all-day-protection test. SheaMoisture even uses all-natural ingredients to avoid adverse skin reactions, so if you tend to get rashy with new products, give them a try.

And as an ethical plus, they’ve won awards for how eco-friendly their products are. Just this year, the Environmental Possibility Award named SheaMoisture a “Green Trend Leader.”

• Made by black entrepreneurs for black skin, so they know what they’re doing.

• Works wonders for sensitive and dry skin. It’s incredibly thick, but has a nice texture and saves your skin from cracks and dryness all day long.

• The lotion has a neutral, nice smell that can stand on its own or layer well with other scents.

• The packaging just isn’t right for the product. The squeeze bottle makes it easy to overdo  it with the lotion. Be careful and squeeze slowly (frustrating to see money go down the drain).

Bevel is a skin and hair care line established in 2013 by Walker & Company. Owner Tristan Walker likes to say that he couldn’t find a razor that suited his black skin, so he made his own.

Since then, his product line has expanded dramatically, and every ingredient that goes into Bevel’s grooming products is designed to be black skin-friendly. Bevel’s lotion in particular goes heavy on Vitamin B and E to restore skin from damage, while also letting shea butter and argan oil work their moisturizing magic.

Though Walker & Company is better known and awarded for their shaving and hair care products, I wouldn’t doubt their lotion for a second. It goes on slick, dries nicely, and has a strong, manly bourbon scent. There’s few brands as deserving to be on the list of best lotion for black men.

• Doubles as a lotion and a cologne; strong, deep, masculine scent.

• Lotion does a great job of offering all-day hydration. No need to reapply.

• Not only is it a product made by a black innovator for black skin, it’s also distinctly a men’s product.

• Bevel is more so recognized for its hair and shaving products. The lotion is great! Just not the brand’s main focus.

Jack Black may not specialize in black skincare, but they do specialize in men’s skincare. So if you’re leaning toward lighter moisturization but heavier manly scents, they’re the way to go.

Their lotion smells like a fresh aftershave, and it has a gentle, non-greasy texture that’s great for on-the-go applying. It dries faster than other options on this list (partially because it’s not as potent, so that’s a pro and a con).

I’d say this lotion is best for the type of guy who has one of those crisp-smelling skin care routines. It’s not necessarily made to be a stand-out lotion, but it’s definitely made to compliment the other men’s products in your medicine cabinet.

• Distinctly a men’s lotion; has that aftershave scent that compliments other men’s products.

• Lotion is gentle and non-greasy, so if you can’t stand the texture of moisturizers, Jack Black has a refreshing option here.

• Dries fast, definitely a good option for the gym.

• Not an especially heavy-duty lotion. Probably won’t work all that well for sensitive or dry skin that needs extra protection.

CBD lotions are a bit of a fad right now, but they’ll surprise you with how well hemp seed oil actually moisturizes and repairs skin damage. Not only will it keep your skin hydrated, but it’ll  also soothe irritation from sunburns, and it works really well for dry skin conditions like psoriasis and eczema.

Plus, just like I trust SheaMoisture with shea butter, I trust Hempz with hemp seed oil. They’ve specialized in the ingredient for decades, so they’re not a greenie brand just hopping on the CBD fad train.

• The hemp seed goes above and beyond, repairing skin damage

• Sensitive-skin stamp of approval. Safe on eczema and psoriasis.

• Not necessarily made for black skin, but definitely made for sensitive and dry skin.

It’s rare that you’ll find a luxury men’s product that also adheres to an all-natural ingredient list, but that’s exactly what Brickell Men’s offers to its customers.

Their deep moisture body lotion is gentle, peppermint-y, and has a great track record for guys with sensitive skin. It’s not designed specifically with black skin in mind, but I wouldn’t rule it out. It works wonders for every skin type, from dry as a bone to oily as a french fry, so I’d be cautiously optimistic recommending it for black skin.

Lots of guys even swear it makes their skin look younger and healthier, but I’d argue that that’s just the power of any good moisturizer.

• And natural ingredients! No need to fear

• Natural ingredients are still prone to causing allergic reactions, so double check the ingredient list and patch test some of this lotion before you use it liberally.