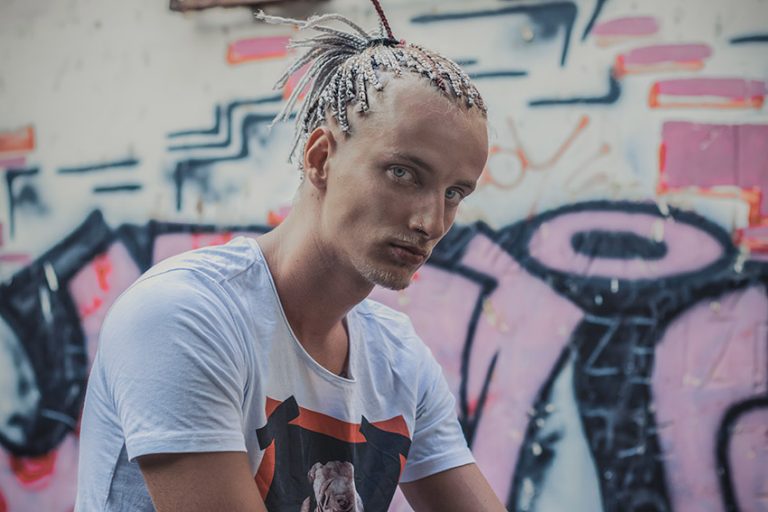 If you haven’t really done anything nice for your skin recently, and you need to butter it up to appease it, then you’re going to want to take a look at the best shea butter soap for men.

Known for being amazing moisturizers, shea butter soaps are consistently good at leaving dry-skinned users with soft, glowy faces. That being said, the true test of a good shea butter soap is in its secondary ingredients and its side-effects. Because it’s so thick, shea butter can clog pores without any added natural ingredients to balance it out.

So, based on reported results from Amazon reviewers, and our own ingredient expertise, here are the best shea butter soaps to keep your skin soft and your pores open.

Right upfront, I don’t think I’ve ever seen such a highly praised bar of soap. With over 3000 Amazon reviews, Shea Moisture managed to hold onto an 89% five-star rate among its users – that’s just unheard of.

Aside from dazzling buyers, Shea Moisture’s African black soap with shea butter also passes the sensitive skin test. You’ll notice right away how soothing the lather feels against dry, flaky, or eczema-prone areas. And it looks like it’s helping the vast majority of users dodge breakouts left and right.

One thing you should be aware of is that Shea Moisture specifically markets their products to black consumers who need a soap that can follow through on its moisturizing promises. In fact, they’ve built their brand on those two elements: perfecting shea butter products and serving black buyers.

And, for the past 30 years, they’ve done a really good job with both of those company promises. If there’s only one company you can trust to get Shea Butter right, it’s Shea Moisture.

• One of the most popular Amazon soaps I’ve seen.

• Incredibly gentle with a mild, neutral scent. No need to smell like you’ve rubbed your dry skin down with baby oil.

• The ingredient list online differs from the one on the packaging…I’m not positive that this soap is all-natural, since Shea Moisture hasn’t disclosed their full “fragrance” list.

There’s a secret power-ingredient in this bar: sea salt. Combined with the bay rum and shea butter, it’s an unsung superhero that will keep your skin moisturized without clogging your pores. Really, I tip my hat to Dr. Squatch for that sly move right there.

I’m also a big fan of how the bay rum interacts with the shea butter in this particular bar. Some soap makers make the mistake of letting the shea butter take center stage, but really it does best in a supporting role. The bay rum gives this a sort of manly, spicy scent, while the shea butter works in that extra moisturizing oomph.

Plus, anyone who knows anything about soap knows that you can trust Dr. Squatch with your skin. Founded in 2015, they’ve managed to raise the bar within the skincare industry overnight, already making $6 million in annual revenue. And best of all, despite expansion, they’ve upheld the natural soap name beautifully.

Looking over the Amazon reviews, there are few to no reported rashes or acne breakouts (sea salt really did save the day for shea butter!) What you do need to watch out for is how long the soap is going to last; used incorrectly, it’ll dissolve quickly. Make sure you have a soap dish and a loofah to extend its lifespan.

• The bay rum adds an extra spicy smell, perfect for that “manly scent.”

• If you don’t use it correctly, it won’t last. (Read up on how to make bar soap last longer in the shower.)

As a brand, Art of Sport is my go-to recommendation for long-lasting scents. They have professional athletes test their formulas, and are continually improving their skincare products.

This particular soap bar is an…interesting combo, to say the least. I would call this the “average soap user’s” bar. The charcoal is cleansing but drying, and the shea butter is moisturizing but pore-clogging. Together, the two balance each other out nicely, coming together to make a bar that works well on a generic, not-too-oily, not-too-dry skin type.

I wouldn’t recommend Charcoal and Shea Butter to anyone with more extreme skincare needs. There’s no way to predict whether it will do a better job of dissolving facial oils or creating a moisturizing barrier. The Amazon reviews are relatively positive, but also very mixed in this regard, so I’m not the only one scratching my head over this combo.

But if you have relatively unpicky skin, and you’re on the market to try out some Shea Butter, I’d call this a solid bet.

• Since it’s Art of Sport, you know it’s going to last all day.

• I’d award points here for a bold ingredient choice. Art of Sport really got adventurous with this soap, so if you’re looking for a unique shower experience, this is the way to go.

• Charcoal and shea butter is an iffy combo. I like the idea of it in theory, but in practice, it’s a wild card as to whether it’s going to be good for dry or oily skin.

What can I say? Shea Moisture is just so good with Shea Butter, they deserve to have at least two of their products on our “Best Of” list and a spot on our best soap for black men list.

What’s really striking about their raw shea butter bar is its healing tendencies. I always hesitate to say soap is medicinal, or can outright cure skin ailments (because both are very bold claims), but this bar really does have something special going on. With the shea butter taking a front seat, it eases eczema and psoriasis, leaving that nice soft skin feeling behind.

If you don’t trust me, you can look at the before and after pictures on Amazon.

And, as an added bonus, you can use this soap on your hair. Lather it up and suds away – it feels great against the scalp, and cleans just as effectively as that mediocre shampoo you’re using.

• This right here is the pure, unfiltered shea butter experience. Definitely not for everyone, but if you’re looking for the heaviest moisturizer around, this is your bar.

• Unlike the African black soap bar, I’m more confident in saying this one looks to be all-natural.

• I’m willing to give this approval as a 3-in-1 product, good for hair, body, and face.

• Without any fun add-in natural ingredients besides the shea butter…the bar is a little bit bland.

If you’ve been holding out for a luxury, artisan shea butter soap, this one goes out to you. Pre De Provence is deeply committed to the traditional french milled soap making process, guaranteed to turn out a dense bar with a rich lather.

I particularly appreciate how unafraid they are to use shea butter as an enriching ingredient, rather than a central ingredient. You’ll have a lot more scent options with Pre De Provence than any other soap maker on this list because they’re not afraid to dabble in ingredient mixing.

There’s one downfall here that pushed Pre De Provence to the bottom of my list. Triple milling typically fades a soap’s scent to the point that it’s no longer subtle, but almost nonexistent. If you want a lasts-all-day smell, this is not your bar.

• You’ve got options! Pre De Provence is ingredient-happy with their shea butter soaps.

• If you’ve never used a triple-milled bar before, get ready for the softest, bubbliest, longest-lasting bar you’ve ever used.

• Once in a while, triple-milling helps camouflage non-natural ingredients. Pre De Provence hasn’t made their ingredient list readily available, so we don’t know whether they have something to hide here.

Is Shea Butter Soap Good For Your Skin?

Some guys want to be the softest, smoothest (dare I say most kiss-able?) b*st*rds in this neck of the woods. These are the guys that use shea butter.

Most shea butter soaps are hyper-moisturizing, so they work wonders for typically dry skin. For my oily-skinned friends, you’re going to have to be a bit pickier when it comes to shea butter soaps. You’ll want something with an exfoliant or a thin lather so that you don’t give yourself a bad case of french fry face.

Does Shea Butter Darken The Skin?

No, shea butter will not darken your skin.

There’s a chance it’ll cause breakouts when you first start using shea butter, but you shouldn’t see any new blemishes or dark spots.

In fact, it should do the opposite for most skin types. Shea butter is moisturizing and cleansing, so after a few uses, most people see bright, toned skin. This is known as hyper-pigmentation, when a soap brings out your natural skin tone and gives you that nice soft glow.

Does Shea Butter Cause Pimples?

Shea butter soap manufacturers have been insisting for decades that their soap doesn’t clog pores, but user experiences say otherwise. Because the soap is just so thick and moisturizing, depending on the brand, it can clog pores, causing acne.

Some people get lucky and have the opposite experience with shea butter, especially if they’ve been suffering from dry skin.

That’s why shea butter is just so hard to predict. It’s one of those ingredients that reacts differently to different skin types. So if you’re on the market for some shea butter, don’t necessarily go with the highest rated soap. Pick the one that sounds right for your skin type.