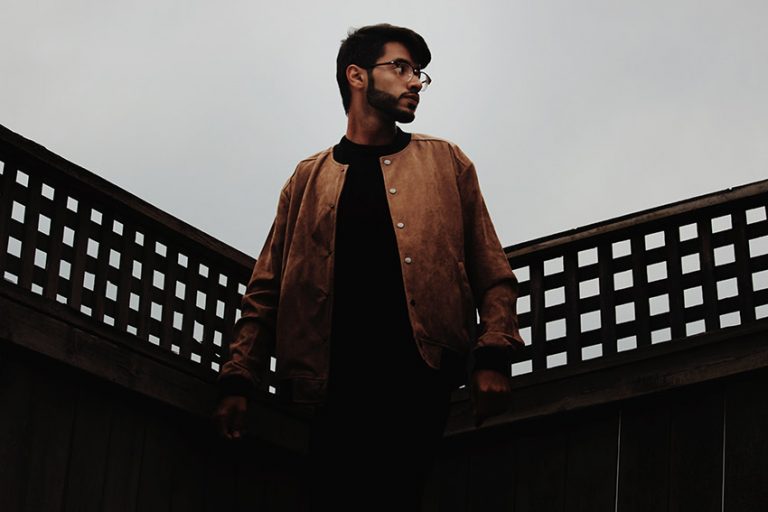 Deodorant vs Antiperspirant: What’s The Difference For Men?

Lots of men don’t even realize that there’s a difference, but when it comes to deodorant vs antiperspirant, choosing one over the other can be the difference between smelling and feeling great, or living with unhappy armpits.

What Is Deodorant And What Does It Do?

Deodorant does not stop you from sweating. That’s the key difference between deodorants and antiperspirants that you have to keep in mind. Deodorants neutralize the smell of the bacteria and sweat in your pits so that you smell fresh…but you’ll still sweat.

For lots of guys (especially those who tend to sweat through antiperspirants) it’s a great option. You can stop battling the sweat, and simply focus on battling the smell.

Sweat itself has a neutral smell, and it’s a healthy way for your body to regulate your temperature. The B.O. comes in when the bacteria in your pits host a pool party in those sweat droplets. Deodorants contain ingredients that kill those bacteria without blocking your sweat glands.

Deodorants have built a reputation as the healthier, skin-friendly odor-fighting option, especially if you’re buying an all-natural deodorant.

Pros And Cons Of Deodorant

Don’t let the idea of a little sweat scare you off! Deodorants come with a lot of benefits, especially if you buy a natural deodorant.

• Deodorants do NOT clog your sweat glands.

• Deodorants are just as effective as antiperspirants when it comes to keeping you smelling fresh.

• Deodorants are more skin-friendly than antiperspirants.

• You can apply deodorant while you’re sweating, and it will still help fight odor-causing bacteria.

• Deodorants will not stop you from sweating.

• If you’re dabbling in the world of natural deodorants, you have to be careful to patch test your products. You might discover that you have an allergy.

• If you’ve never used an all-natural deodorant before, then you’ll have to detox your pits, which can be an uncomfy process.

When And How To Use Deodorant

It’s hard to go wrong with deodorant. You can technically apply it to (almost) any body part, and you can reapply it throughout the day and still expect it to be fully effective.

For best results, apply it to your armpits at night before you go to bed or in the morning after you’ve stepped out of the shower. Pat your pits completely dry and try to get it on before you sweat, that way it has time to get ahead of the odor-causing bacteria. Reapply it as needed.

Beyond that, there aren’t really any deodorant ”rules.” You can rub a little on your feet if you’re going without socks. Put a little on the back of your neck if you’re out working under the sun.

Personally, I love using deodorant (NOT antiperspirant) before working out. You want to SWEAT when you’re at the gym! Antiperspirants don’t let you do that. Deodorants, on the other hand, let you be a sweat-covered, weight-lifting beast while still smelling fresh.

You’ll notice that they may have a grittier texture and feel hardier on your pits while you’re applying. But, at the same time, they’re much more gentle than commercial deodorants – their ingredients are kinder against the skin.

Just like commercial deodorants, natural deodorants kill odor-causing bacteria and leave behind a nice fresh smell. Lots are alcohol-free, so you don’t have to worry about rashes if you have sensitive skin.

I’d argue that there’s almost no point in getting a deodorant unless you go all-natural. The whole sales pitch of natural deodorant is that it’s healthier, sensitive-skin-friendly, and odor-blocking. Natural deodorants do all that more effectively than commercial deodorants.

What Is Antiperspirant And What Does It Do?

The important thing to know about antiperspirants is that you won’t sweat while wearing them. That’s where the “anti-perspirant” name comes in. An antiperspirant alone won’t control odor, but it will control sweat.

You’ll still have all that same odor-causing bacteria in your pits, but since those little microbes won’t have any sweat to feed on, they won’t smell.

The key ingredient that blocks your sweat is aluminum. It clogs your sweat glands, making it impossible for you to release moisture. That can take a toll on your body, since you won’t be able to regulate your temperature and cool down as effectively.

If you’re suffering from unbearable body odor and excessive sweat, your best option might be to get a combination of antiperspirant and deodorant. You won’t need to buy two separate products. Just look for a stick or spray that advertises itself as both.

Pros And Cons Of Antiperspirant

If you really can’t stand the idea of sweat, antiperspirant might be the better option for you. But be sure to know the benefits and risks first:

• Antiperspirant will stop you from sweating, so you’ll feel fresher.

• Lots of antiperspirants are also deodorants. So even if you do sweat through them, you won’t smell bad.

• Antiperspirants are often seen as better for a professional work environment. No sweat marks on your dress shirts.

• It’s a misconception that antiperspirant stops you from leaving behind armpit stains on your shirts. The aluminum actually helps stain your clothing.

• If you’re already sweating, an antiperspirant won’t help you out. You have to apply it before you start sweating.

When And How To Use Antiperspirant

You have to apply antiperspirants before you sweat. It won’t work if you don’t get it on pre-perspiration.

In fact, lots of experts recommend putting on antiperspirant at night before you go to bed. Your sweat glands are less active while you’re asleep, so it gives the chemical solution a chance to work it’s gland-blocking magic.

If you’re like me and can’t stand the idea of putting an armpit odor product on at night, you can apply it right after your shower in the morning. Just be sure that your skin is completely dry, or else it won’t work (just like deodorant).

If you use antiperspirant right before you hit the gym, you won’t sweat while you’re working out. I personally consider that a downfall of antiperspirant, but some guys like that protection.

Unlike deodorant, you should not apply antiperspirant to just any body part. Blocking your sweat glands all over your skin hinders your body’s ability to cool you off, and you don’t necessarily want aluminum clogging your nether regions.

Lots of guys go for their whole lives without experiencing any negative side effects of antiperspirants, which is why a lot of guys ask about deodorant vs antiperspirant advice in the first place… but that doesn’t mean they’re the best option for your skin.

When you clog your sweat glands, sweat can build up beneath your skin and start to smell unpleasant. Then, if you decide to quit your antiperspirant, that sweat will come back with a vengeance for a week or two, stinking you up no matter what armpit product you use. That’s known as the detox process.

Sweating is also a healthy bodily function. It cools you down (though, contrary to popular belief, it does not eliminate toxins from your body). Allowing yourself to sweat is normal and natural.

Is Antiperspirant Bad For Your Pores?

This is one of the biggest questions about deodorant vs antiperspirant.

Your body releases sweat through your pores, so when we say antiperspirants clog your sweat glands, really they’re also blocking your pores. That’s not exactly healthy, but it’s also not the health crisis that some writers make it out to be.

If you notice pit zits or acne, you might need to lay off the antiperspirant for a while. For my sensitive skin guys, rashes and dry breakouts are also signs that your skin is reacting negatively to your antiperspirant.

Try switching over to a natural deodorant if any of those are the case for you.

Antiperspirant is not cancerous, but research here is also limited.

Some studies have tried to link it to breast cancer, but experts have largely denounced those findings. You don’t need to worry about heavy diseases or long-term health ailments related to antiperspirant.

Really, the worst thing it will do is clog your glands and pores, maybe cause acne, and in rare cases, trigger allergic reactions. If you do find your pits in need of a pick-me-up, laying off the antiperspirant for a while can be beneficial.

Deodorant vs Antiperspirant: Which Is Best For Men?

But I know that lots of guys are hesitant to pick up deodorant full-time. Making the switch from antiperspirant to deodorant can be daunting (and smelly at first, while you’re detoxing). For those of you who are curious but bashful, instead of deciding between deodorant vs antiperspirant, I recommend going with a two-stick system.

Use a deodorant and an antiperspirant, and switch between the two. You’ll get to experience all the benefits and downfalls of both, and make the call for yourself (although, I really, really, really think you should go with natural deodorant… but your call!)