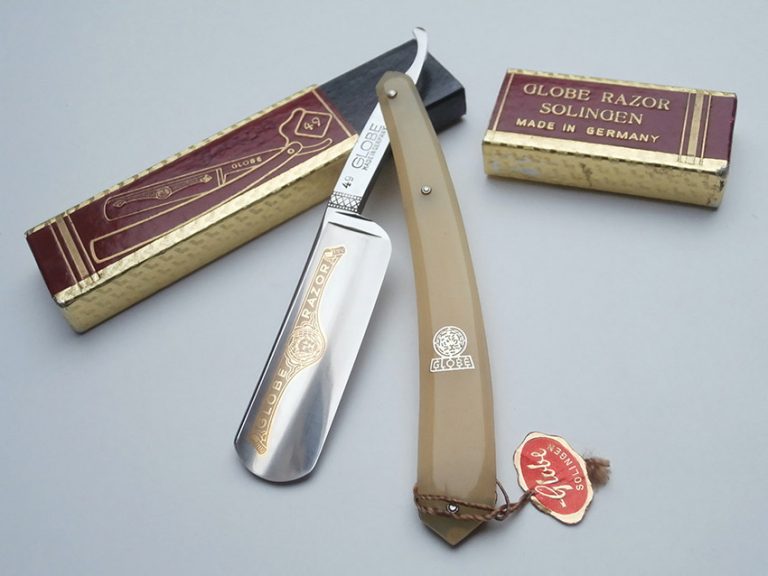 Safety Razor vs Straight Razor: Which Gives A Closer Shave?

It’s time for a showdown! When it comes to using a safety razor vs straight razor, understanding the differences is key to choosing the right tool for you.

What Is A Safety Razor?

A safety razor is a razor with some type of guard that prevents cuts.

Technically, all modern razors are safety razors, but 99% of the time when someone says safety razor, they’re actually talking about a double-edge safety razor.

Double-edge safety razors are the precursors to today’s cartridge razors, and they’re having a major resurgence. They first rose to popularity during World War I, when Gillette safety razors were standard issue in every soldier’s kit, allowing them to shave easily even while out on the front.

Safety razors are usually made entirely of metal, and they have a cool old-school vibe. They’re designed to hold thin, disposable double-edge blades that take up a lot less space than the average razor cartridge and cost significantly less.

Using a safety razor is a lot like using a regular modern razor, so they’re pretty simple to pick up even if you’re not planning to dive deep into the wet shaving world.

What Are The Pros And Cons Of Safety Razor?

If you want to keep things safe and simple but you’re over the plastic-laden cartridge razors, consider the benefits and drawbacks of switching to a safety razor.

What Is A Straight Razor?

Safety razors might be old-school, but straight razors are practically antique – they’ve been around since at least the 16th century. They’re basically just knives specially designed for shaving. Before safety razors popped on the scene, they were pretty much men’s only option.

Today, straight razors are most commonly used in barbershops, but some wet shaving enthusiasts are also bringing them back into personal use.

Straight razors are composed of two main parts: The ultra-sharp steel blade and a handle made of wood or metal. Because there is nothing guarding or creating a barrier between the blade and your skin, they give a much closer shave than safety razors.

They’re sometimes also called cut-throat razors, and if you’ve seen Sweeney Todd, you know that they can do some damage. Nowadays, most straight razors are foldable, which prevents accidents when they’re not being used.

Since they’re so much like knives, they also need to be cared for like knives, with regular sharpening and honing. Anyone who picks up a straight razor will also need to learn how to strop it, which is a form of honing done with a long leather strap.

What Are The Pros And Cons Of Straight Razor?

If you want to go even further back in time, make sure to take into account the pros and cons of using a straight razor.

For the vast majority of men, double-edge safety razors are the clear winners. They’re more convenient on every level since they don’t require much special maintenance. Replacing the blades as they get dull is so simple that a child could do it (but don’t razor blades to your children, folks), and blade cost is so low as to be negligible. They produce a lot less waste than cartridge razors, so while they’re not totally no-waste, they’re still an eco-friendly option.

Straight razors, on the other hand, require a high level of care, both when you’re actually using them and afterwards when you need to maintain them. Sure, they’ll give you a closer shave and you won’t have to repurchase blades, but is the amount of time they’ll take out of your schedule worth it?

Getting into straight razors surpasses basic grooming – it becomes a hobby. You need to be willing to dedicate your time to caring for your tool and ready to learn a new shaving technique.

If you’re already the kind of guy who brews his own beer or does his own home repairs, you may appreciate the self-sufficiency and skill required to shave with a straight razor. On the other hand, if you’re the kind of busy dude who’d rather order takeout or hire a contractor, safety razors are the better choice.

Interested to see how safety razors do compare to shavettes? Check out out shavette vs safety razor comparison guide.