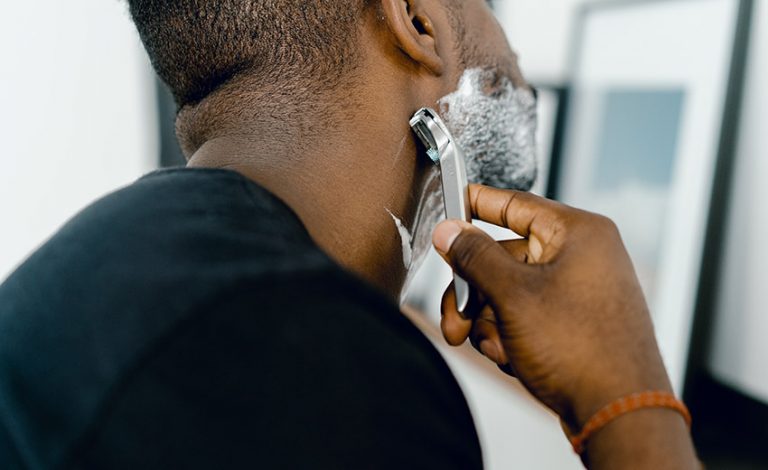 Shavette vs Safety Razor: Which Is Best For Men?

Shavette vs safety razor – both will take you back in time, but which will give you a better shave? Each one has its benefits and drawbacks, but the correct choice depends on what a good shave means to you.

What Is A Shavette?

If you’re the kind of person who cares about technical correctness, their real name is “barber’s straight razors” since they’re most popular in barbershops.

They’re usually made of metal or plastic, with a handle connected to a slot that accepts disposable blades. Most shavettes will work with any blade (including regular double-edge blades cut in half), but some will only accept custom blades.

Shaving with a shavette is kind of like using a straight razor, but with an even thinner and more flexible blade. You quite literally scrape the blade against your skin. The angle is critical, and if you hold the blade too aggressively it will cut you to ribbons. With nothing to hide or guard the blade, you’ll experience one of the closest shaves ever.

Because the blades are disposable, there’s no need for intense blade maintenance. Once the blade gets dull, you just replace it with another one.

In a barbershop, the disposable blades make it easier for the barber to switch from client to client without the risk of transferring germs. The straight razor-like shape allows the barber to provide a closer old-school shave or to create smooth beard outlines.

What Are The Pros And Cons Of Shavettes?

Shavettes are not for the faint of heart, but if you’re feeling brave, you’ll get to enjoy the following benefits.

What Is A Safety Razor?

Safety razors are razors fitted with some sort of guard that only allows a small part of the blade to be exposed. They’re called safety razors because, unlike a shavette or a straight razor, you’re much less likely to cut yourself as you shave with them.

Using a safety razor is a lot like using a cartridge razor, so they’re almost always the weapon of choice for newcomers to wet shaving.

That said, technically all modern plastic razors fall under the “safety razor” umbrella, even if most wet shavers like to pretend that they don’t exist at all.

What Are The Pros And Cons Of Safety Razors?

If you’re into keeping things simple, check out the benefits and drawbacks of the humble double-edge safety razor.

Shavettes are a niche product while safety razors hold wider appeal. In some ways, they’re pretty similar. Both require tiny disposable blades, so they’re not totally no-waste like straight razors, but they’re more eco-friendly than the average cartridge razor.

The costs for the blades themselves are on par (they rarely cost more than 20 cents apiece, and a lot of shavettes also take double-edge blades broken in half). For you finance guys, the cost breakdown is about the same.

The big difference is technique and risk. A safety razor is much easier to use, and it’s less likely to cut you the way a shavette almost certainly will on the first try. In general, learning to use a shavette is a lot harder, and there’s absolutely no rushing through the process.

However, the major benefit of a shavette is that it gives a closer shave. If you don’t mind the added effort and you’re after the closest (or just most badass) shave possible, a shavette will probably be your winner.

If you still have more questions about how safety razors do when compared to other types of razors, then check out our safety razor vs straight razor showdown.