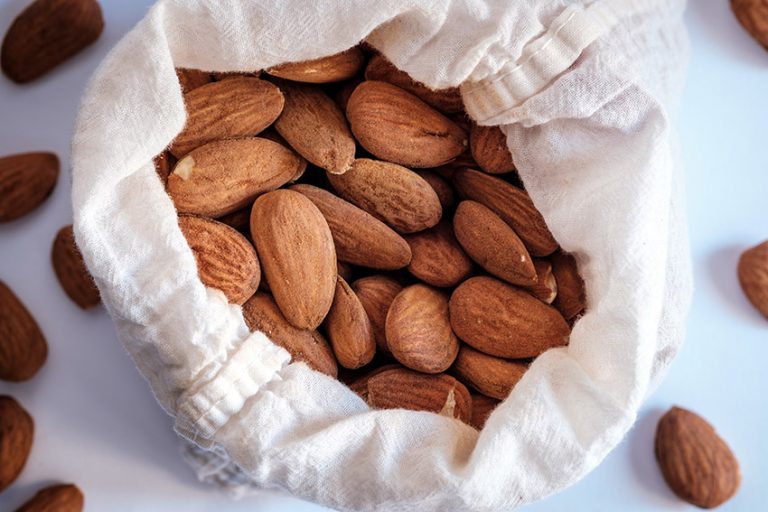 Benefits Of Almond Soap For Men

Have you ever felt like your shower is missing something? Maybe it’s a little more nut. Almond soap has so many benefits for guys—if you’re leaving the bathroom feeling dried out, rashy, or scummy, it’s probably time to invite some nut (almond soap) into your hygiene routine.

From occasional itchiness to red hot sunburns, almond soap has your cure.

Almonds are ludicrously high in Vitamin E, which works as a powerful antioxidant. This soothes and protects your skin, giving it time to repair itself. So if you just came home from a weekend trip sporting a sexy new sunburn pattern, almond soap will help clear that up in a jiffy.

If you’re looking for something even more intense than almond soap, seaweed soap is also great at rejuvenation and anti-inflammation. But here’s the thing: it smells bad.

Washing daily with a bar of almond soap, as opposed to breaking out the seaweed bar whenever you’re in a skincare jam, will help you with long-term protection, and you won’t have to deal with an unpleasant odor.

You might even opt to invest in both almond and seaweed soap, using almond on a daily basis and only lathering up the seaweed bar when you need some extra skincare help. Picking up a soap rotation like this can help your bar soap last longer.

It makes a lot of sense logically—soapmakers are grounding up almonds and adding them to their bars, so of course almond soap is a great exfoliant.

That’s the beauty of the chemical and physical combo of an almond bar! Like we said, almonds are rich in Vitamin E, a soothing agent. So while you’re scrubbing away at your skin (which would normally irritate your skin, if you use store-bought soap), those almond antioxidants are swooping in to relax and repair.

So, you can exfoliate in peace, without any red-hot rashes or dry skin. If you didn’t already consider yourself a smooth guy, you sure can now.

Now, lots of heavy moisturizing soaps are okay on their own. But only okay. They need a little something extra—and that’s almonds!

Oatmeal, goat milk, honey, essential oils, aloe—they’re the lonely singles of the soap world, sitting up late at night wishing for a little nut. They can’t really function when they’re not in a committed relationship with some other soap ingredient.

That’s where almonds swoop in to help heavy moisturizing soaps bring their A-game. They add texture, while still letting the other ingredient’s scents really shine. They’re the ultimate supportive partner!

Is Almond Soap Good For Face?

Tread lightly here: steer away from almond facial soap without moisturizing, natural additives. We mentioned the fact that other soaps really need almonds thrown in to bring their A-game. Vice versa is true as well: almonds do their best when they’re presented as a power-couple. Look for an almond bar with oatmeal, goat milk, honey, essential oils, or aloe.

Though it’s not a bad exfoliant and moisturizer, as a facial product, you’ll probably want a little something extra in your almond soap bar to make sure it’s not going to hurt the delicate skin cells on your face.

And, since mild nut allergies do often go undetected, you’ll want to patch test almond soap before you use it. For certain skin types, almond oil can cause breakouts and irritation.

But aside from those factors, as long as your almond soap has a moisturizing component, and you’re sure you won’t have a negative allergic reaction, it’s a great facial soap! Lots of almond soap users love how it curbs acne and leaves their skin soft.

So don’t be afraid to (almond) nut a little more in the shower. On your body, on your face, it’s a solid choice as far as natural soaps go.