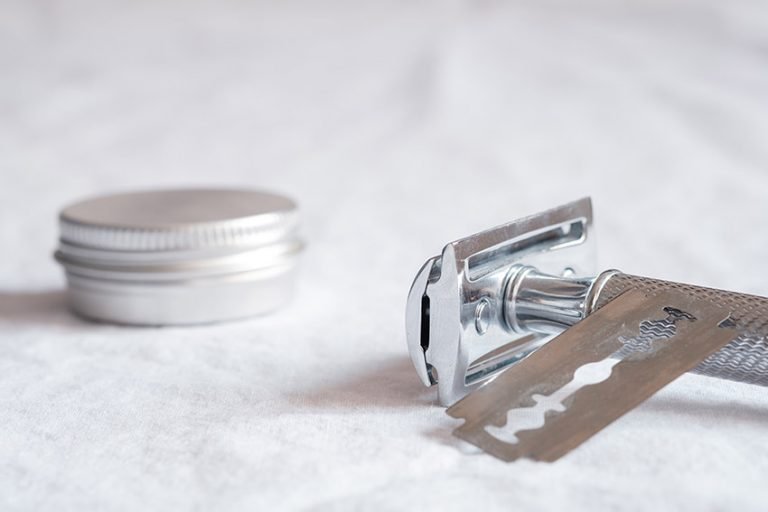 How Often Should You Change Your Safety Razor Blade?

Wondering how often should you change your safety razor blade? It depends on your beard type and how often you shave.

How Often Should You Change Your Safety Razor Blade?

Most men should change their razor blades after every 3 to 6 shaves.

The precise number depends on a few factors, like your hair type and how often you shave. If you shave daily, you should change your blades around once or twice a week, and if you shave even less frequently, once a week will probably suffice.

If your beard is very coarse or you make a lot of passes, you may want to replace your blade after just 3 shaves. If you have very soft hair, you might be able to use the same blade up to 6 times in a row.

Three shaves is my suggested minimum for a very good reason. According to sharpness testing, most razor blades become sharper after the first use, and in some cases, they become even sharper after the second use.

In other words, razors are a little bit like chili – they’re at their best the second time you try them.

How Do You Know When To Change Your Razor Blade?

Once your blade isn’t sharp enough to give you a comfortable shave, it’s time to let it go. Not sure what that means? Here are a few ways to tell when your blade is no longer sharp enough: You can feel it tug on your skin.

How Many Safety Razor Blades Do You Need To Change Every Month?

If you want to keep track of your spending or usage, it can be helpful to know exactly how many safety razor blades you need to change in a month. Once again, this depends on a few factors:

Factors That Impact How Often You Should Change Your Razors

There are a few factors that can influence how often you’ll need to change your razor blade. Keep these in mind when trying to make your own estimates.

First, the most obvious of the bunch is how often you shave. Someone who shaves every day will have to replace their blade a lot more frequently than someone who only shaves a few times a week.

Next, the texture of your beard also matters. The coarser your beard, the harder your blade will have to work to cut through your stubble and the more often you’ll need to replace it. It’s kind of like how it’s harder to cut a tough shank vs a soft tenderloin. If you’re not sure what kind of stubble you have, scroll down to the next section to find out.

Also, take into account how much area you usually shave. Some guys use a safety razor to shave their entire face, neck, and scalp. If that’s you, you may want to replace your blade after just one or two shaves. On the other hand, if you only shave a little off the neck or cheeks to keep your beard looking neat, you might be able to break the rules and only replace your blade after 6-8 shaves.

Similarly, how many passes you make also makes a difference. If you’re a “one-and-done” type of guy, that definitely takes less of a toll on your blade than if you always make three passes.

How Do I Know If My Stubble Is Course, Medium, Or Soft?

Since your stubble type can have such a big impact on how often you should replace your safety razor blade, it’s important that you know what beard type you have.

Soft: Soft beard hairs are a little thinner and less dense, so the beard or stubble has more give. It feels a bit more like head hair, and your blade has an easy time cutting through it when you shave.

Medium: Medium is hard to categorize because it’s just in the middle. It’s neither particularly soft nor is it scratchy and coarse. It has some rigidity, but it’s still touchable. Additionally, medium-coarseness can also mean having relatively soft hair, but at a high density.

Coarse: Coarse beard hair is hardest on the blade. The individual hairs are quite thick and not very pliant. They feel almost a little solid, and they make it a little harder to shave.

How To Change A Safety Razor Blade

An exposed razor blade can cut you pretty easily, so it’s important you learn to change your safety razor blade correctly.

First, remove the head of your razor by holding the sides of the head in place while twisting the handle. You can do this with a towel over the head if you’re particularly nervous about slipping a finger over the blade. If your razor has a butterfly mechanism, even better. Open it by twisting the knob at the bottom of the handle.

Next, open your new razor blade, and set it aside. Hang on to its wrapper, since you’ll be able to use it to wrap your used blade.

Then, with your thumb and index fingers, carefully hold the (non-sharp) sides of the razor blade, and lift it up carefully away from the handle or the head. Put it away in the wrapper of your new blade.

If necessary, you can now give the head or cap of your razor a rinse to remove any trapped hairs. Then, with the same careful hold, place your new razor blade in the razor, and then assemble it back together again.

What Do You Do With A Used Safety Razor Blade?

When getting rid of safety razor blades, the most important part is to do it in a way that won’t put anyone at risk.

In the best-case scenario, you should dispose of your razor blades in an inaccessible blade bank or sharps container. Once the blade bank is full, you’ll need to consider your options.

Wrapping the used blade in the wrapper of your new blade is one great way to prevent injury to yourself. However, you’ll need to take it a step further to children or sanitation workers who handle your trash.

After placing it in the wax paper, wrap it a few times in tape. This will prevent the wax paper from opening up and keep the blade from cutting the folds of the wrapper. Another option is to tape the blade between two pieces of cardboard or to fold it and then tape it in paper.