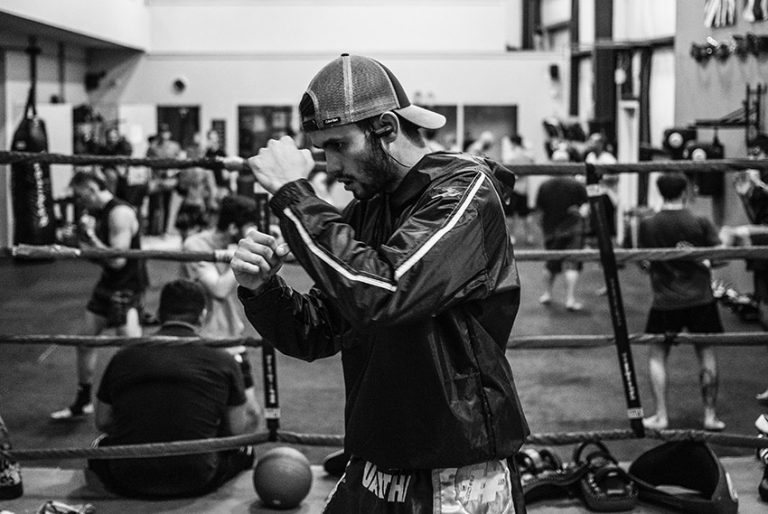 From the gym, to stress sweat at work, to evening dinner dates – really, the best sports deodorant for men is just a vital product for most guys. Sports deodorants are ready to stick with you on the go, and

Art Of Sport (Our Top Pick)

When it comes to the best sports deodorant, the top slot is really no contest. Art of Sport tests all of their products on pro-athletes, and they modify their formulas depending on those results. If a few swipes of their Matcha and Arrowroot deodorant can survive the late and great Kobe Bryant’s armpits, it’ll work just fine on yours.

This stick goes on clear, dries quickly, and has a classic sport deodorant scent. Best of all, it’s harsh on sweat, but gentle on sensitive skin. Seriously, Art of Sport is running circles around other deodorants.

• This deodorant has survived the pits of pro athletes. It’s going to serve you well.

• Won’t stain your clothing, despite being heavy-duty.

• Aluminum-free while still being just as effective as aluminum-based antiperspirants.

• Some Amazon reviewers said the scent was a little bit “teenager-ish,” which I thought was a worthy critique to include, even if I disagree.

If there’s only one brand name you recognize on this list, it’s probably Gillette. Now, this stick is an antiperspirant, which means it has some added chemicals that I’m not a huge fan of, but if you’re looking for affordable and effective (and are willing to accept synthetic additives), this deodorant lives up to the reliable Gillette reputation.

The scent is unremarkable, but what’s really astounding is just how long you can go between uses. If you’re not actually working out in between, but just want a long-lasting deodorant, Gillette will keep you going for a few days.

• If you’re not working out in between, it will literally last for days.

• It has that pasty texture that tends to mark up shirts. Let it dry thoroughly.

• Not all-natural, and will be harsh against some skin types.

You’ll have to reapply this stick more frequently than deodorants designed for athletic activity, but it has that classic manly smell, rather than that “Yes! I was just on a field sweating and I’m trying to cover it up!” smell.

Plus, it’s much more ingredient-friendly than most sports deodorants. It’s alcohol-free, so it won’t’ dry you out, but it has an aluminum component to block sweat (which is not great, but often necessary). Just be sure that you’re not using more than a few swipes; you really don’t need to apply that much, and it’s already a small stick as is.

It’s hard to make a list of best sports deodorant and not have Jack Black on it.

• Leans toward a casual masculine scent, rather than a “sporty” deodorant scent.

• Just a few swipes will last all day. Reapply if you sweat excessively.

• It tends to get crumbly with age.

Ursa Major has one really attractive sales pitch with this deodorant. It’s unisex and unscented.

Think about it! Lots of on-the-go sweaty guys are prone to that old fatal mistake: applying way too much body spray in a futile attempt to cover the smell of sweat. With an unscented product, you can’t go wrong. It’ll block B.O., and there’s no way for you to accidentally apply too much.

Better yet, it’s all-natural, but looks and feels like a “regular” deodorant, so you don’t have to worry about getting used to new textures and smells.

• Unscented, so you can’t make the mistake of applying too much.

• You might be one of the few people who goes through a “detox” period if it’s your first time going all-natural. It’ll feel uncomfortable at first.

This is the gung-ho all-natural deodorant for guys who need to protect their skin while still smelling good after a workout. Native is known for their commitment to gentle, all-natural skincare, so you’re in good hands with a brand that knows what they’re doing with natural ingredients.

This stick won’t be as effective as the others on this list, but it also skips out on the aluminum and alcohol -based ingredients that cause allergic reactions for so many guys. Just remember to reapply as needed, and use it sparingly. A little goes a long way.

• Will need to reapply throughout the day.