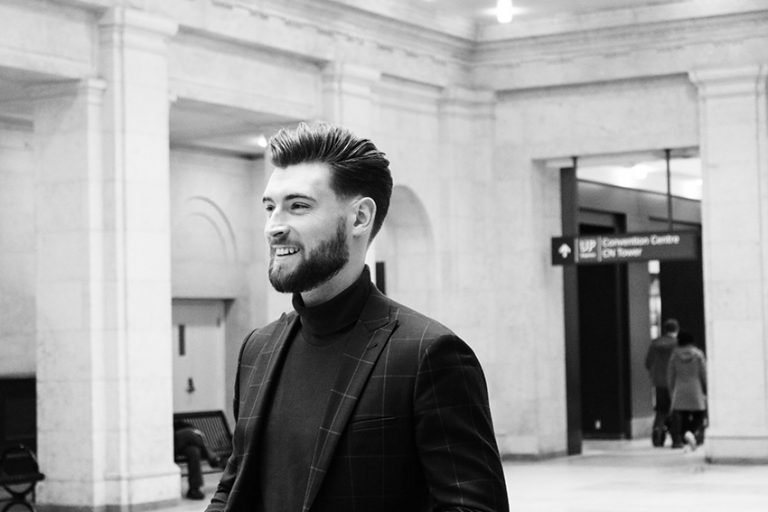 If you’re looking for the best Creed cologne for men, you have your work cut out for you. With over 250 years of perfuming history, this legendary French company has a huge selection to choose from.

Lucky for you, we’ve put in the hours of research and comparison necessary to bring you this: Our guide to the five best fragrances Creed has to offer. Keep reading, and you’ll discover our recommendations for the best overall Creed cologne, as well as options for every budget, style, and season.

Truth be told, any of Creed’s colognes is worthy of inclusion in a list of their best fragrances because they really are that unique and well-made. To make it easier, we’ve selected only those Creed colognes that offer the most bang for your buck, with formulations that go a long way with just a single application.

Released in 2010, Creed Aventus is a chypre fruity fragrance that is easily the most complimented Creed fragrance. A veritable celebration of manhood, Aventus is inspired by the tales of Emperor Napoleon. Provocative and masculine, it’s a standout cologne that’s impossible to forget.

Pineapple and green apple are a popular combination in many of today’s top colognes, and Aventus further accentuates these top notes with juicy blackcurrant and vibrant bergamot. Birch bark and jasmine play alongside rose and burning patchouli in this cologne’s heart notes, supported by a deep and prominent base of animalic musk, oceanic ambergris, and sweetly floral vanilla.

The longest lasting Creed cologne that we found, Aventus has a variable intensity over its lifespan. A relatively soft and approachable opening seems to grow in strength over its long development, becoming a powerfully noticeable scent in 4 to 6 hours before returning to a softer base in its final hours. This development is even further accentuated in cold weather, making Aventus our choice as the best Creed cologne for winter.

Unisex, launched in 1995. Inspired by Olivier Creed’s love of backcountry skiing, it’s a fragrant expression of the clear-running streams found in the Swiss Alps. Thanks to its restrained and approachable aromatics, it’s our choice for the best Creed cologne for the office.

A simple introduction of mandarin orange and bergamot top notes is quickly joined by savory and oceanic green tea, with accents of blackcurrant in the heart notes. Uncommon for a base component, bitter orange leaves give a fresh and perky side to otherwise deep musk and sandalwood tones.

With a moderate intensity and long duration — though not nearly as long as Aventus — Silver Mountain Water makes a strong and memorable impression. Its lighter tones make it better suited to warm weather wear, where its natural freshness becomes reminiscent of the season.

The gold bottle of this cologne indicates the richness of the ingredients inside — as does the fact that Millesime Imperial is one of the most expensive Creed colognes you’ll find. A woody floral musk style fragrance, it was released in 1995 as one of Creed’s first unisex fragances.

A wide variety of fresh fruits combine with sea salt in Millesime Imperial’s top notes, quickly transitioning to heart notes of lemon peel, iris flowers, bergamot, and mandarin orange juice. A heavily animalic musk is balanced by equally powerful sea notes and a variety of wood resins in this cologne’s base, making for an ever-evolving development over time.

With a moderate intensity and moderate longevity, Millesime Imperial is certainly not a cologne for bargain hunters. If you’re looking for a particularly unique cologne that’s perfect for warm weather, though, it’s hard to get better than this fragrance from Creed.

An early example of Creed’s fragrance creations, Original Vetiver is a woody and spicy style unisex fragrance that was released in 2004. It’s modeled after a traditional fragrance style popular in turn-of-the-century France, accentuating the dry and woodsy tones of vetiver with further exotic spices.

In Original Vetiver’s top notes, you’ll find bergamot and mandarin orange peels playing equal roles alongside grated ginger — all leading into the fresh and abundant heart notes of vetiver accented by sandalwood and iris. Built on a one-two punch of ambergris and musk for its base, Original Vetiver has serious staying power.

Long lasting but possessing only a moderate intensity, Original Vetiver is a surprisingly approachable cologne that’s ideally suited to warm weather and daytime wear. It’s an excellent choice for wearing out on the weekends, especially if you like more classically styled fragrances.

An oriental woody style cologne that’s bursting with spicy and exotic aromas, Original Santal is another unisex fragrance offering from Creed. Thanks to its rich and complex aromatics, we think it’s the best Creed cologne for fall and a fantastic winter wear as well.

Sandalwood and cinnamon form Original Santal’s characteristic top notes, and are joined by pungent juniper berries and coriander. A beguiling heart of lavender, ginger, rosemary, and bitter orange leaves gives a distinctly exotic impression, while sweet vanilla and spicy sweet tonka bean give a confectionary tone to the entire composition.

Long lasting but displaying only a moderate intensity, Creed Original Santal might be our favorite cologne for wearing in the colder months of the year. This makes it a great choice for the holiday season, and a wonderful Creed cologne to give as a gift.

Is Creed Cologne Worth The Money?

One look at a Creed cologne’s price tag can be enough to turn away many curious fragrance buyers. What is it that makes these colognes so pricy — and more importantly, are they really worth paying for?

Much of the value of Creed colognes comes from the company’s incredibly long history in perfumery. There’s no better example of this than Aventus, Creed’s celebration of 250 years of fragrance making. It has gained widespread recognition in the fragrance world, taking home no less than a half dozen awards since its debut in 2010.

In the end, Creed’s long history of award-winning colognes and perfumes speaks best to the value of their products. And once you smell a genuine Creed cologne, we’re sure that you’ll be convinced of their value as well.

Which Creed Cologne Is The Best?

As far as all-round popularity and versatility goes, it’s hard to argue with Aventus’ well-deserved fame. A classic chypre style cologne, it pairs purely citrus top notes with purely animalic base notes, allowing the cologne to develop fascinatingly over time. You’ll have to take plenty of time to really dig into everything that Aventus has to offer.

For a less aggressive take on Creed colognes, however, we recommend considering Silver Mountain Water or Millesime Imperial — two excellent examples of restrained fragrances that still develop beautifully over their entire wear time.

Lastly, perhaps the best cologne for you isn’t a dedicated cologne, but a unisex fragrance. Featuring lighter and more subtle variations in form, both Original Vetiver and Original Santal offer a markedly different wearing experience than Creed’s other strongly masculine scents.

Why Is Creed Aventus So Popular?

Erwin Creed, current president of Creed fragrances, has said that Aventus is the most popular cologne of the company’s 250-year history. In fact, it’s success is even credited with allowing Creed to open their Madison Avenue boutique in New York City. What exactly makes it so special, though?

We think that Aventus is so popular because of its adherence to a classical formula, accentuated by a collection of small but important design choices that can only come with decades of perfuming experience. By focusing on the rich (and expensive) animalic base notes, Aventus has a degree of complexity that is almost never seen in today’s cologne — making it truly one of a kind in today’s cologne market.

Though it’s hard to match any of Creed cologne’s proprietary formulas exactly thanks to their long history and secretive methods, choosing colognes from any long-running perfumery is a great way to get much of that classic feel.

While it’s not a particularly long-running company, Armaf produces colognes in a traditional Arabic style that is impossible to duplicate. And like Creed, many of their compositions are expensive, incredibly long-lasting, and remarkably complex. This is why we consider it to be one of the top Creed clones in the fragrance game.

Acqua Di Parma is another classic European fragrance producer with a long history of successful scents. Their Colonia has an admirable intensity and duration, and a white musk base that’s reminiscent of many Creed colognes for a much lower price.

As with any wildly popular item in fashion, Creed’s Aventus cologne has spawned scores of imitators — and even downright thieves. If you’re shelling out enough cash for this legendary cologne, how can you be sure what you’re getting? Two qualities are dead giveaways.

First, real Creed Aventus cologne will come in a sealed bottle and sealed packaging. If you order a bottle of Aventus online, be sure to examine the packaging carefully for any signs of tampering before opening it.

Second, Aventus has one of the most incredible durations of any cologne available today. If it’s the genuine article, Aventus will leave a noticeable fragrance on your clothing for well over a day. Anything shorter than 8 hours is almost definitely a fake.