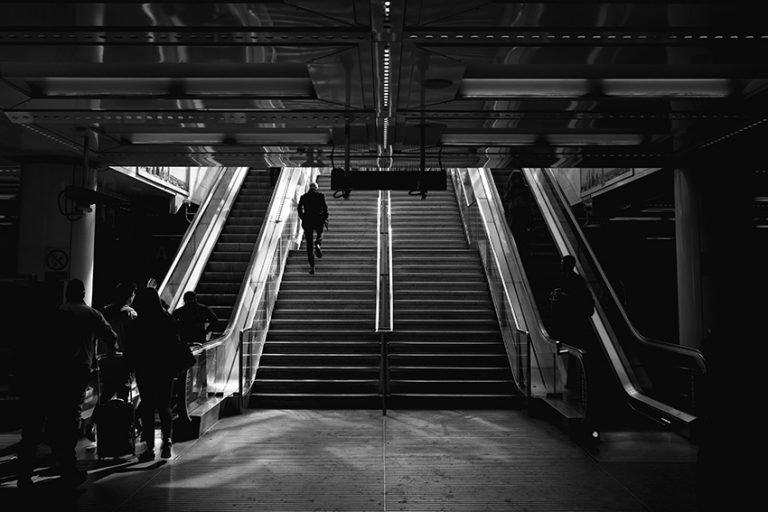 How To Store Cologne Properly: The Complete Guide

If you’re willing to open your wallet for a fine fragrance, then you’re definitely going to want to know how to store cologne properly to maximize its longevity. The only trouble with this? There’s a lot of conflicting information available online about how you’re supposed to store cologne, and that overload can get quite confusing.

We’re here to clear all of that up for you. In the following sections, we’ll be exploring all of your most frequently asked questions about how to store cologne properly, including storage tips for specific environments and how to get the most out of each bottle of cologne.

How Long Is Cologne Supposed To Last?

Aromas come and go so quickly in the wild — so what about cologne makes them stick around? The trick is in the perfumer’s alcohol used as cologne’s base. It’s a solvent, meaning that aromatic ingredients will infuse into it, becoming safely hidden away in the liquid solution.

While this means that cologne will never “expire” like a gallon of milk or loaf of bread, it’s also true that cologne can degrade over time. Generally, a cologne is at its best aromatic quality very shortly after it’s been bottled; the longer you store a cologne, the more its scent will change, eventually losing most of its fragrant top and heart notes.

Unfortunately, there is no hard and fast rule for how long a cologne will last at peak quality. As a rule of thumb, though, cheaper colognes will degrade faster (think 3 to 6 months) while expensive colognes will last longer (1 year or more), as a result of the quality and intensity of the ingredients used in their compositions.

How To Store Cologne So It Lasts Longer

No matter the cost of your cologne, it’s natural to want to get the most out of any fragrance you enjoy wearing. We take three steps to make sure every bottle of cologne in our collections lasts as long as possible:

Step 1: Keep It Out of Direct Sunlight

Before you do anything else, you should ensure that your cologne is never exposed to direct sunlight for an extended period of time. Many of the fine aromatics used in colognes are vulnerable to UV light, so even a short stint in direct sunlight can begin to negatively affect the quality and intensity of your cologne.

If you want to get the best out of each bottle, store them in a dark environment like your closet or inside of a box.

Step 2: Keep It At Room Temperature

Just like exposure to light, letting your cologne heat up on a regular basis will destroy its quality in a hurry. Alcohol evaporates at a much lower temperature than water, so even making the mistake of leaving your cologne bottle in direct sunlight for half an hour can heat it sufficiently to begin evaporating — and when this happens, the aromatic molecules suspended in the alcohol will dissipate, too.

Once again, storing your bottle in a cool, dark place will help you get the best out of it for the longest time.

Last but not least: Keep the cap on your cologne whenever you’re not using it. The volatile aromatics in cologne — especially top notes — are looking for any chance to escape. As soon as they’ve had time to interact with air, they’ll begin to separate from the alcohol base and scent the air around you.

If you want to keep your fragrance on you rather than in your room, keep the cap on your bottle whenever you’re not using it.

How To Store Cologne In A Box

This one’s a no-brainer: Find a box that’s sufficiently large to hold a few bottles of cologne, add some cloth or newspaper to keep the bottles from clinking together, close the lid, and store it in a cool part of your room. The material of the box won’t affect the quality of your cologne, but we’ve found a handsome wooden box to really accentuate the precious experience of applying your favorite colognes.

How To Store Cologne In A Car

Our best advice on storing cologne in a car? Don’t do it.

We know the temptation is always there to keep a bottle in your glove compartment, ready for impromptu dates and meetings or for applying on your way to work. But there’s a glaring problem with this: Even in the dead of winter, direct sunlight through your windshield can heat up your car — and by association, heat up your cologne. As explained above, heat will destroy your cologne’s quality in a hurry.

If you have to keep your cologne with you while traveling by car, stow a small bottle away in your backpack or briefcase. It’s a safer way to ensure that the bottle won’t be exposed to extremes of temperature.

How To Store Cologne In Hot Weather

So what’s a guy to do if they live in a hot climate, and even the inside of their apartment is warmer than they’d like? Can you store cologne safely and effectively in summer?

Thankfully, even the hottest of summer days won’t negatively affect your cologne’s quality as long as you keep it out of direct sunlight. Store it in a box, and tuck that away in the coolest, darkest area of your house; your cologne will make it through hot weather while losing as little of its quality and intensity as possible.

We see way too many guys making the same common mistake with their colognes: Opening a bottle, taking it out of the box, and leaving it on top of their dresser. Exposed to constant light (and possibly heat), this is a recipe for ruining a good bottle of cologne as quickly as possible.

As detailed above, you’ll want to keep your cologne away from light, heat, and air to maximize its longevity and intensity. That means the most common mistakes for storing cologne are:

Can You Put Cologne In The Refrigerator?

Dr. Ian Malcolm from Jurassic Park wants to weigh in on this one: When it comes to putting cologne in the refrigerator, you shouldn’t be “so preoccupied with whether or not you could, to stop and think whether you should.”

Which is to say that yes, you can put cologne in the refrigerator — but why should you? Unless your apartment is ranging into 90 degrees F and above temperatures, there’s no benefit to be had from storing your cologne in the fridge.

The exception to this: Long term storage. If you’re planning on buying a fragrance in bulk, keeping your bottles refrigerated can extend their longevity and quality. Even so, you should seek out an alternative source of cooling, like a mini fridge dedicated to fragrances, rather than store your precious scents alongside your groceries.

Can Cologne Be Stored In Plastic Bottles?

There’s a reason that almost every cologne sold today is stored in a glass bottle: It’s a neutral material that won’t impart any flavor or aroma to the liquid inside.

Other materials, like plastic, are simply too permeable to allow a cologne to maintain its signature aroma. So while we generally can’t recommend storing cologne in a plastic bottle, there’s one notable exception: Travel bottles.

If you’re taking a modest portion of a cologne with you on a trip, storing it for a few days in a small travel bottle will let you wear your favorite scent wherever you go. Just keep in mind that you should use up all the cologne in the travel bottle while you’re out and about — and don’t recombine any leftovers with the original bottle when you get home.

Should You Shake Cologne?

Shaking cologne often has no discernible effect on the quality or intensity of a fragrance. Why? Because the alcohol base of cologne helps to keep all of the aromatic molecules in an even, homogeneous suspension. If it gives you some pleasure to shake your cologne before applying, then be our guest — but know that it doesn’t really help or hurt the final product.

Does Cologne Lose Its Scent?

Given enough time, any cologne or perfume will begin to lose its signature fragrance. Even the finest quality ingredients and the purest alcohols are not completely immune to the effects of oxidation and aging, and lower quality colognes will lose their scent faster than premium bottlings.

There’s a flip side to this, though: Some colognes, stored properly, can actually improve with age as their aromatics mingle together, creating an inimitable fineness. This is the exception rather than the rule, though, and we can’t advocate leaving most fragrances to age.