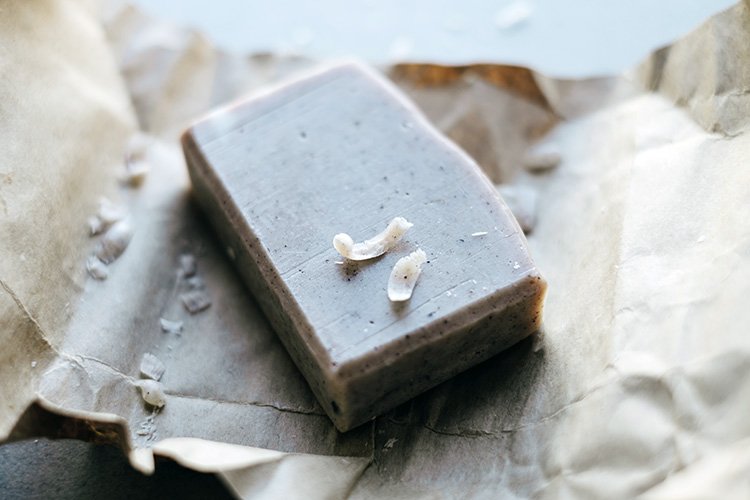 How Long Does Bar Soap Last?

It’s the question lots of men forget to ask when they’re walking down the hygiene aisle: how long will each bar of soap last? Sure, it’s tempting to pick up the dollar bar… but you might be wasting money on something watered down, built to have a shorter lifespan.

Do Bars of Soap Expire?

Unfortunately, the better your bar soap, the shorter lifespan it faces. That’s because of the ingredients. Artisan, handcrafted soaps are great for your skin, but they’re made with all-natural perishable additives, which decreases their shelf life.

The opposite goes for commercial soaps: because they hold a high concentration of detergents and synthetic agents, their shelf life is extended, but that comes at the cost of skin benefits. The preservatives that store-bought soaps add to their bars make them less than ideal for bodily use. Ironic, huh?

So yes. If you’ve had a bar of soap sitting on your shelf for more than about a year, it has probably lost a lot of its scent and cleaning potency. The quickest way to test whether a soap has died on you is to see whether it still lathers. If you can’t get some suds going, it’s probably time to hold a little funeral over the bathroom trash can.

How Long Does a Natural Bar of Soap Last?

In short, a natural bar of soap has a year-long shelf life. One you start using it regularly, it will probably last for a month.

But the more complicated answer depends on the ingredient list. Soaps rely on an oil base, and some oils are “soft,” while others are “hard.” Softer oils (often used in nature-friendly, all-natural soaps) do break down faster, but they have the benefit of being great for sensitive skin, and they’re ethically sourced.

Commercial soaps aren’t uniform in what kind of oil they use, but they do use lots of added preservatives. This extends their shelf life and their usable life, but at the cost of all those skin benefits you’d be getting with a natural bar.

But think about how quickly you usually open and use a bar of soap. Have you really ever had a bar of soap sit on your shelf for over a year? In those terms, natural soap probably lasts more than long enough for you to use it while it’s still good, and on the flip side, the icky preservatives in commercial soap are entirely unnecessary.

You can let your soap sit in its packaging for anywhere from one to three years before it loses its value.

Think about it this way. The leftovers in your fridge are probably good for about a week before they start to taste like they’ve been sitting in the fridge. Even if they haven’t rotted per se, they lose their original flavor and pick up some weird, back-of-the-fridge smells.

Same thing with soap. If you leave it sitting around in its package for several months, it’s eventually going to start losing its scents and potency.

Maybe you’ve heard that you should leave your soap in its package to cure. That’s true—especially if you’re buying a freshly made bar, it’s a good idea to leave it to harden for a few extra weeks. The key word there is weeks. Don’t let your soap sit around for months.

There is a “right time” to use your soap. You’re going to get the most out of your bars by opening and using them two to four weeks after you’ve bought them (depending on how fresh they are and how long they need to cure). The ingredients will be at their freshest, and the bar will be fully hardened to lather nicely and last longer during use.

How Long Does Bar Soap Last in a Shower?

The standard answer is four to six weeks. But, again, it depends on the bar!

This is where letting your unopened soap sit on your shelf for a week or two might come in handy. That brief shelf time ensures that the bar is as hardened as it’s going to get, meaning it’s going to last as long as possible.

A commercial bar of soap does last longer than a natural bar, but that’s because of the preservatives manufacturers add. And those preservatives aren’t necessarily great for your skin. Before you start doing the math to figure out what’s the cheapest by how long it’s going to last, consider: will you be getting the same skin and bodily benefits? Add that variable to your equation. Natural bar soaps often come out on top when you take value into account.

Logically the larger and denser the bar, the longer it will last. But by how much?

Just for reference, if you’re trying to picture the size of a 4 ounce versus a 10 ounce bar, the average size that you’ll find on your grocery store aisle is around 1-4 ounces. It partially depends on how watered down and dense the bar is, so two soaps of the same size might have different weights.

Not quite. It might last about twice as long. So if your 4 oz bar has a month long lifespan, the 10 oz bar might last for two.

Why is that? Well, larger bars have more surface area. That means the outside of the bar is exposed to more water and air. This breaks them down much more rapidly. The 4 oz bar is smaller, so it has a smaller surface area, which will break down more slowly.

There’s a life hack to be had here: if you cut your bars of soap in half, and rotate the halves once in a while so that they take turns sitting in your shower or sink, you can squeeze more usage out of a single bar. This is especially useful if you’re opting to buy larger, 10+ oz bars of soap.

How Can You Make A Bar of Soap Last Longer?

You can cut your soap in half and rotate the halves so that each has time to dry in between use. Or, you can buy two bars at once and swap them out every once in a while.

You might use a soap saver or a mesh bag to help with drainage. If you go with a baggie, you can just add a new bar to the bag when the old one is running low—that way you don’t have to toss out the almost-used-up bar.

Rather than lathering with your hands, use a washcloth or a loofah to lather, and apply that to your body. That way you’re not overusing the bar itself in the shower.

But the easiest way is to simply treat your soap nicely. Give it a dry home where it can rest between use.

If you’re looking for more detailed tips about how you can make your bar soap last longer, follow that link!