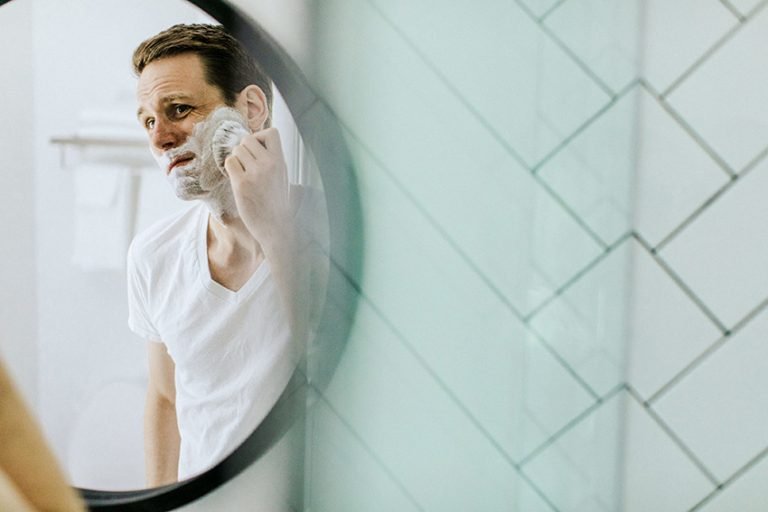 Aftershave vs Cologne: What’s The Difference?

So you’ve committed to upping the quality of your morning routine, and now you’re wondering: What’s the difference between aftershave vs cologne, anyway? While they may appear quite similar at first glance, there are important differences between colognes and aftershaves that you’ll want to know before proceeding.

Alcohol is the magic ingredient of most fragrances, thanks to its ability to extract and preserve the delicate aromatic molecules that make us smell so wonderful. But did you know that while aftershaves and colognes are both made with the same perfumer’s alcohol, that the concentration of aromatic molecules is their primary difference?

It’s true: The relative concentration of aromatic molecules determines the category that a fragrance falls into, including aftershave vs cologne. These concentrations are as follows:

So while a cologne and aftershave may have the same general aromatics, the main difference is in how much scent each product has — and that determines how long the fragrance will last on your skin.

Side note: Keep in mind that what is commonly referred to as a cologne can come in any of the concentrations from “eau de cologne” to “extrait” listed above; this categorization system reflects the original French distinctions rather than the everyday usage of their names now.

So what’s the purpose of aftershave, then? Compared to cologne, aftershave focuses mainly on the botanicals that provide a degree of astringency — giving aftershave its ability to close your pores and tone your skin.

While aftershave is not strictly necessary as part of your shaving routine, regular use can help to prevent the redness, irritation, and blemishes that can develop from frequent shaving. The smell of aftershave is a wonderful addition to this, but not its main purpose; because of this, aftershave fragrance will often last for no more than a couple hours.

Cologne: The Fragrance For Men

In contrast to aftershave, cologne uses a much denser concentration of aromatics without focusing on their astringent properties. Everything from eau de cologne, to eau de toilette, and the intensely concentrated extrait style cologne, is intended to be used primarily as a fragrance — not as an aftershave.

Though cologne and aftershave are both made with an alcohol base, cologne’s greater concentrations of aromatics do more than just create a stronger smell. In comparison to the brief duration of scent for an aftershave, a cologne can last well over two hours — with the most concentrated categories lasting upwards of a full day.

Can You Use Cologne As Aftershave?

Keeping in mind that both cologne and aftershave are infusions of botanicals in an alcohol base, you may be wondering: Why can’t I save some cash and just use a cologne as an aftershave? Unfortunately, it doesn’t quite work that way.

One of the reasons that aftershave has a smaller concentration of aromatics is that too many essential oils can be irritating to your skin. Whereas the light touch of an aftershave will have a pleasantly refreshing and astringent effect, the concentrated blast of a cologne can be downright painful — causing a burning sensation, irritation, and redness on freshly shaved skin.

In short: No, we do not recommend using cologne as an aftershave.

Why Is Aftershave Called Cologne?

You may have experienced a moment of confusion upon seeing an aftershave bottled labeled as an “eau de cologne”. After all, aren’t aftershave and cologne different things? To clear this up, we’ll need to examine the word “cologne” a bit more closely.

Cologne gets its name from the city of Cologne, Germany, where it originated in 1709. Anything known as a cologne or eau de cologne would have been in a concentration of 2-4%, a light but appealing scent.

In common American English usage, however, cologne has come to mean any fragrance that is marketed towards men. So while the labeling on aftershave as “eau de cologne” refers to an older standard, cologne is generally understood today to mean any variety of men’s fragrance.

Can I Use Aftershave Everyday?

With all of the background information in mind, you may now be wondering: How often is it appropriate to use aftershave? After all, its astringent effects seem to change your skin tone. Is this good or bad?

Thankfully, aftershaves are designed to be used every day. They’re not so strong as to cause skin damage or irritation to anything but the most sensitive of skin, and will actually help to keep your skin healthy if you shave every day before work.

In short: Yes, you absolutely can use an aftershave every day. If you experience any irritation, consider looking for an aftershave with soothing aloe.

Final Verdict: The Difference Between Cologne And Aftershave

Alright then, let’s wrap this up with a summary:

Keeping in mind that the common American English usage of cologne refers to any fragrance marketed towards men, it’s fair to say that aftershave could be considered a very weakly scented cologne — but this doesn’t quite do it justice. Aftershave is specially formulated to tone and soothe skin after shaving, and the aromatics are primarily a pleasant bonus.

Cologne, on the other hand, is intended to be worn as an all day fragrance. It’s a bit too intensely concentrated to use as an aftershave, as the greater amount of essential oils could cause irritation on freshly shaved skin.

In conclusion, instead of looking at it as aftershave vs cologne question, we actually recommend having both an aftershave and a cologne — the first for your morning shaving routine, and the second applied before heading out the door to greet your day.